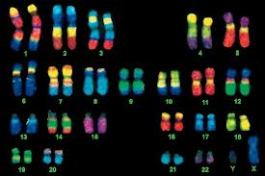 It is easy to say that the concept of genetics are much more complex than what we actually think. The disease that I chose to learn about was Huntington’s disease. Huntington’s is an autosomal dominant disorder, meaning that that the disease does not skip generations. It affects both men and women, mostly at a later age. This disorder affects the short arm of the 4th chromosome, causing a specific sequence to  be repeated within the chromosomes more times than normal. The DNA sequence, CAG or cytosine-adenine- guanine, is often times referred to as a “trinucleotide repeat”. Those who aren’t affected, this sequence is only repeated up to 26 times, but those affected can have 40 or more repeats. Lastly, I cam to the conclusion that a lot of genetic disorders do not have any cures but can be treated to a certain extent by attending therapy.